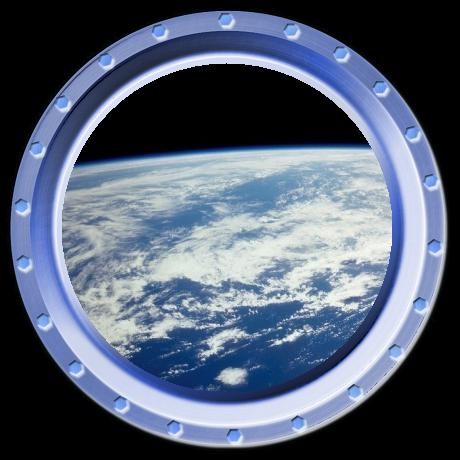 The renowned 20th century futurist, R Buckminster Fuller envisioned our home world as essentially a transport vehicle, accompanying the Sun on a voyage to parts unknown, traveling across the universe. He named this vessel “Spaceship Earth.” Another eminent 20th century thinker, chemist James Lovelock, envisioned earth as an integrated and self-regulating (sentient) system that adapts and maintains the suitable conditions for life on our planet. He named this entity “Gaia.” It is in the blending of these two visions of Earth that EcoTek proceeds.

The diameter of our Earth is a mere 7,926 miles... contrasted with our solar system... with a diameter of 2,790,000,000 miles... Earth is but a speck of air, water, fire and soil in the vastness of space. Our solar system, in turn, is but a speck compared to the Milky Way galaxy... which is but a freckle on the face of universe. However... to the flora and fauna on Earth... this planet is a vast, incredibly complex system of interdependent processes of life. The geologic/biodiversity upon and within our planet is nothing short of a miracle. As stated above, a useful analogy is Lovelock's Gaia Hypothesis in which Earth is seen as a living, sentient organism.

It is now clear that climate change is accelerating at a greater pace than previously projected. Earth's circulatory systems are increasingly being severely impacted, at rates greater than anticipated by 20th century science. In the northern hemisphere, the rapidly melting Arctic ice reflects less of the sun's rays, causing a warming disruption in the persistent, low-pressure area circulating above the north pole, known as the polar vortex. This in turn, disrupts the jet stream, which circulates around the polar vortex.

The jet stream acts as a separating air current that flows between the cold, polar air mass and the warm, tropical air mass. Disruption to the polar vortex causes the jet stream to meander... bringing more frequent bouts of severe weather to mid-latitudes. As a result, the climate-change-driven warming of our planet, can cause frigid cold weather to dip down to mid-latitude environs such as the freezing storm that hit Texas in 2021. The resulting power-outages in the Texas power grid caused massive disruption to communities throughout the Gulf States.

Even more powerful, disruptive changes should be anticipated, regarding other planetary circulatory systems. The Gulf Stream, one of Earth's major climate-regulating ocean currents... is moving slower than it has in thousands of years, a recent study suggests. Research indicates this unprecedented slowdown could impact weather patterns and sea levels on both sides of the Atlantic.

Global warming increases annual rainfall and accelerates the melting of ice sheets, including the Greenland Ice Sheet in the North Atlantic. Both of these factors dump ever greater amounts of freshwater into the ocean, reducing the density and salinity of the surface water at the northern end of the Gulf Stream. According to  research, this freshwater inhibits how quickly the water can sink and begin its journey back south, weakening the overall flow of the Gulf Stream.

The slowing ocean current will only worsen over the coming decades if climate change continues unabated. If global warming persists at its current pace, the Gulf Stream could pass a critical “tipping point” by the year 2100, CE.

The dynamic, accelerating rate of change to our planet's primary atmospheric and oceanic systems, indicate that humanity has passed a “point of no return” in implementing any meaningful mitigation strategies that would halt the devastating effects of climate change. Humanity's culpability and non-action is self-evident. As we shall expand upon below, the sad truth is... without massive human effort, we are increasingly left with only adaptation strategies, moving forward.

EcoTek is an ecological and environmental philosophy promoting the inherent worth of all living beings, all flora and fauna aboard Spaceship Earth... regardless of their perceived utility to human need. Our living, sentient environment, our all-inclusive yet fragile ecosphere must be respected and regarded as having certain inalienable legal and ethical rights to live and flourish, regardless of human endeavor. This entails a radical restructuring of modern human culture in accordance with such ideas. It entails humanity recognizing our symbiotic place within Earthspace...

It is reasonable and fast becoming necessary for earthling humans to actively yet humbly assume the role of  stewards of our small planet. This is so, because it is also reasonable to assume the responsibility that humanity has, through population growth, advanced agriculture practices and fossil fuel consumption, added a slight yet significant burden of greenhouse gases (CO2) to our atmosphere, thereby contributing to our planetary system's current atmospheric irregularity. This does not mean however, that EcoTek subscribes to anthropocentric environmentalism or that humanity should be given any preferential consideration over any other species coexisting on this small planet.

With that said, and from the onset, it is important to understand that any perceived climatic catastrophe, such as global warming, is primarily catastrophic from the perspective of humankind and the artifacts of human civilization. However, many species are impacted by our actions and as such, we must assume responsibility for our part played. We are accountable as stewards, precisely because of our technological success as a species, and for the disruption this success has caused other species. For it is not only and merely humans and our systems that will be adversely disrupted.

Ultimately, Earth and her evolving systems… her rhythms… will be just fine, thank you very much. Her changing cycles may or may not prove to be hospitable to humans. Regardless of debate over culpability, humanity must return to a symbiosis with the rest of Earth's flora and fauna. This must be done as a survival strategy and as a commitment to all life on spaceship earth.

Again, it is now vital that we all view the future with the eye of an environmentalist so we may ascertain and address our home world's atmospheric and oceanic imbalance with a goal of planetary climatic equilibrium. For in the end, it is humanity that is dependant upon the Earth, not the other way around.

For clarification on what is considered planetary climatic equilibrium from humanity's perspective... the amount of greenhouse gases in earth's atmosphere is measured and compared to historic levels. These gases are measured in parts per million (ppm). Up until 200 years ago, the historic norm was 275 part per million. 350 ppm 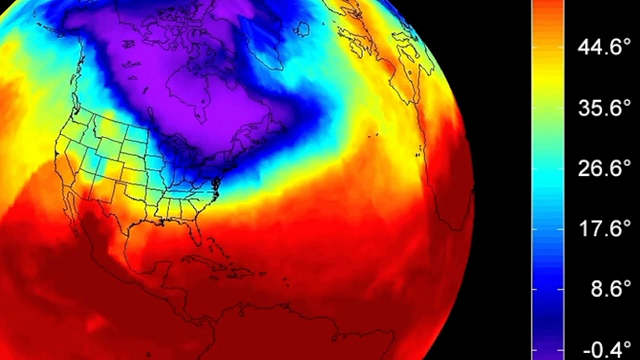 is what many scientists, climate experts, and progressive national governments consider to be the safe upper limit for CO2 in our atmosphere. Today, the ratio stands at 415 ppm and rising a little more than 2 ppm annually. Having Exceeded the 350 ppm mark indicates that our planet (and its atmosphere) has gone beyond the point of no return for the old equilibrium. The resulting effects of exceeding this tipping point is collectively referred to as climate change.

If humanity takes climate change seriously and acts now, we may be able to achieve a new planetary equilibrium and stabilize at around 450 ppm within the next 25 to 50 years. Leveling off at 450 ppm could result in a global temperature rise of only 3.6° F, with a potential large loss of species, more severe storms, floods and droughts, refugees from rising sea levels and other extreme and inhumane consequences. Unfortunately, this is an optimistic scenario.

The two basic strategies that humanity has at its disposal to combat climate change are: mitigation and adaptation...

Mitigation is any action taken to permanently eliminate or reduce the long-term risk and hazards of climate change to human life and  property. This would involve altering the activities that contribute to climate change through the application of technology and practices. The primary example would be the immediate cutting back of greenhouse gas emissions. This would require significant discipline on our part, as well as technological innovation.

Adaptation would require a "coming to terms" with climate change and managing its effects. This term refers to the ability of a system to adjust to climate change (including climate variability and extremes) to moderate potential damage, to take advantage of opportunities, or to cope with the consequences. Adaptation pertains to how we react to climate change and what changes we make to deal with it's advancement. One example of adaptation would involve moving coastal populations to higher ground in anticipation of rising sea levels.

Although we cannot completely fathom the chaotic complexity of our planet's environmental systems, the bottom line is... we must act. Humanity must rise to the challenge of climate change. This is perhaps the most definitive opportunity in our lifetime for humanity to come together and collaborate on this global issue... responding on a global scale.

We live in an age in which intersecting crises are also impacting humanity a global scale, with unseen levels of inequality, environmental degradation and climate destabilization... as well as new surges in populism, conflict, economic uncertainty, and mounting public health threats. All are crises that are slowly tipping the balance, questioning our predator/dominator economic model of the past decades, and requiring us to rethink our shared future.

The recent coronavirus pandemic must lead to a deeper understanding of the ties that bind us on a global scale. Well-resourced healthcare systems are essential to protect us from health security threats, including climate change. Systems of support that rethink and rebuild the planetary economy after the pandemic should promote health, equity, and environmental protection. Time is running out. If we don't act now, we will be left with only one option... adaptation. If we do not enact planet-wide mitigation measures, our only option... as a species... will be to either adapt or die.

Pertinent links and resources can be found at the bottom of this page...

Q: What if climate change is a hoax?

It should be clear, as we watch the gyrations and excesses of global markets, that no organization/state/group has any meaningful control over its direction. The same is true for almost every other aspect of globalization, from the environment to trans-national crime to energy flows. In short, we've lost control and our collective future is in the hands of a (at best) morally neutral system that is operating in ways that we don't fully understand (nor will we). The best defense against this emerging situation is not to call for new global treaties or Marshall plans. These outdated solutions won't work because we can neither marshal the resources necessary nor collectively agree on anything other than the most basic rules of connectivity. The best solution to this emerging situation is to slowly introduce organic stability into out global system. The concept that John Robb suggests as a solution is what he calls the resilient community.

This conceptual model creates a set of new services that allow the smallest viable subset of social systems, the community (however you define it), to enjoy the fruits of globalization without being completely vulnerable to its excesses. These services are configured to provide the ability to survive an extended disconnection from the global grid in the following areas (an incomplete list):

The resilient community has broad applicability beyond just improving the ability of those of us in developed economies to preserve wealth and a quality of life despite severe system shocks. It can also provide the potential for organic development in underdeveloped areas of the world. The key is that we need to support the open source efforts currently underway to expand this capability underway such as the transition towns movement to MIT's low tech solutions effort.